back to search results

St. Anthony of Padua (1195-1231) was a Franciscan priest admired for his knowledge of scripture and his eloquent sermons. Because of his education, St. Francis of Assisi put him in charge of the education of Franciscan friars, and early images usually depict him holding a book. In the 16th century, a story became popular about St. Anthony having a vision of the Christ child, and he was often shown holding a book with a miniature child standing on it. The imagery continued to change and eventually the child was shown at normal size, and replaced the book. St. Anthony is now usually shown as a Franciscan monk holding a child. This window is closely based on a popular image used on early 20th-century prayer cards. The glass artist even kept the peculiar positions of Anthony's hands - try making your own fingers do that. 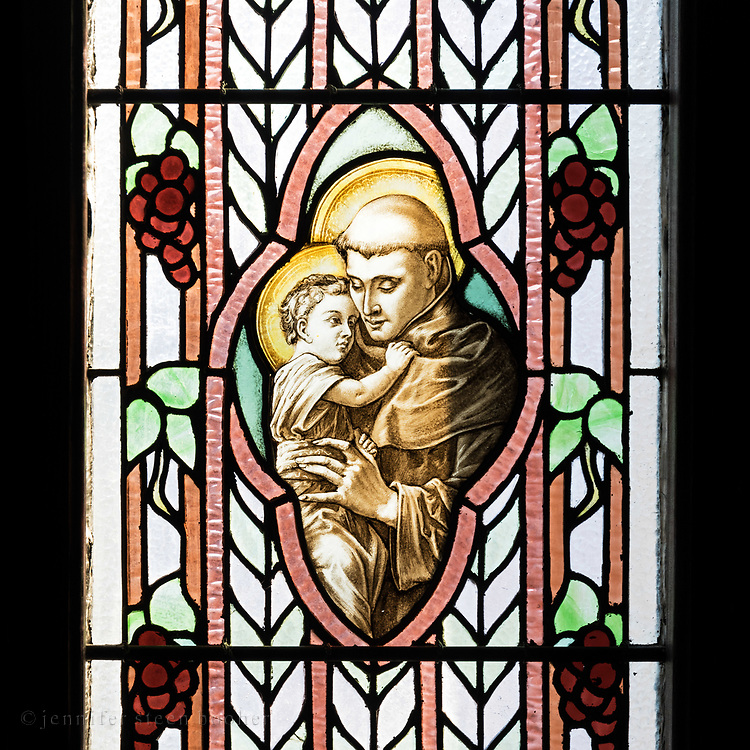