Saint Louis was the patron saint of Louise Drexel Morrell, who financed the convent's construction. I have very mixed feelings about him. King of France from 1226-1270, he was 12 years old when he was crowned. He introduced the idea of presumption of innocence to the French judicial system and banned trials by ordeal - but he also expanded the Inquisition and introduced gruesome punishments for blasphemy. He was a patron of art and architecture, and commissioned some of the masterpieces of High Gothic style - but he also burned thousands of Jewish manuscripts. He's usually shown holding the Crown of Thorns because he bought it from the Emperor of Constantinople and built the stunningly gorgeous Sainte Chapelle in Paris as a shrine to house it.

As with St. Edward on the other side of the bay window, I wonder if the Morrells chose St. Louis for his role as architectural patron. 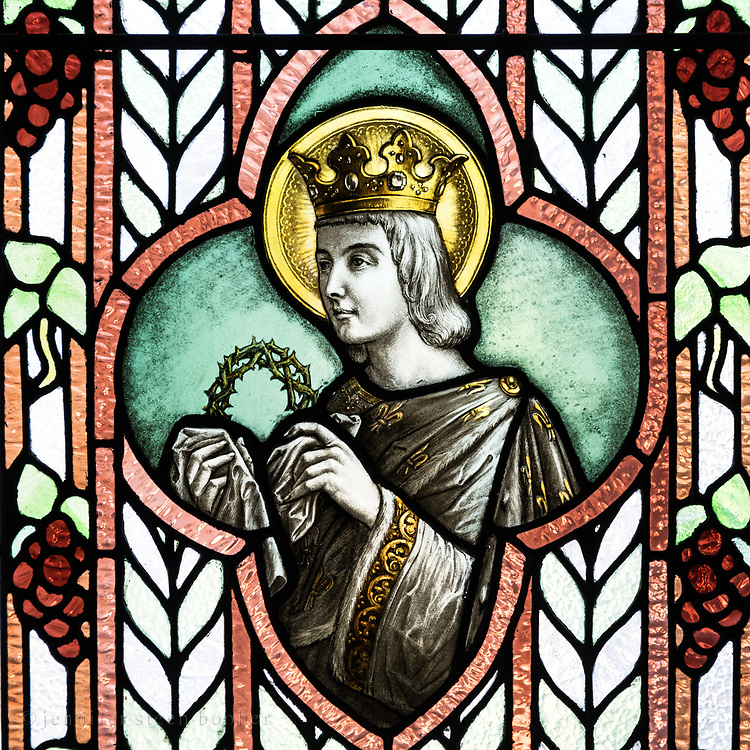